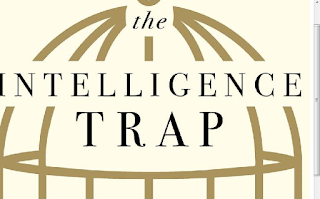 As they nervously sat down for their tests, the children in Lewis Terman’s study can’t have imagined that their results would forever change their lives—or world history.* Yet each, in their own way, would come to be defined by their answers, for good and bad, and their own trajectories would permanently change the way we understand the human mind.
One of the brightest was Sara Ann, a six-year-old with a gap between her front teeth, and thick spectacles. When she had finished scrawling her answers, she casually left a gumdrop in between her papers—a small bribe, perhaps, for the examiner. She giggled when the scientist asked her whether “the fairies” had dropped it there. “A little girl gave me two,” she explained sweetly. “But I believe two would be bad for my digestion because I am just well from the flu now.” She had an IQ of 192—at the very top of the spectrum.1
Joining her in the intellectual stratosphere was Beatrice, a precocious little girl who began walking and talking at seven months. She had read 1,400 books by the age of ten, and her own poems were apparently so mature that a local San Francisco newspaper claimed they had “completely fooled an English class at Stanford,” who mistook them for the works of Tennyson. Like Sara Ann, her IQ was 192.2
Then there was eight-year-old Shelley Smith—“a winsome child, loved by everyone”; her face apparently glowed with suppressed fun.3 And Jess Oppenheimer—“a conceited, egocentric boy” who struggled to communicate with others and lacked any sense of humor.4 Their IQs hovered around 140—just enough to make it into Terman’s set, but still far above average, and they were surely destined for great things.
Up to that point, the IQ test—still a relatively new invention—had been used mostly to identify people with learning difficulties. But Terman strongly believed that these few abstract and academic traits—such as memory for facts, vocabulary, and spatial reasoning skills—represent an innate “general intelligence” that underlies all your thinking abilities. Irrespective of your background or education, this largely innate trait represented a raw brainpower that would determine how easily you learn, understand complex concepts, and solve problems.
“There is nothing about an individual as important as his IQ,” he declared at the time.5 “It is of the highest 25% of our population, and more especially to the top 5%, that we must look for the production of leaders who will advance science, art, government, education, and social welfare generally.”
By tracking the course of their lives over the subsequent decades, he hoped that Sara Ann, Beatrice, Jess, and Shelley and the other “Termites” were going to prove his point, predicting their success at school and university, their careers and income, and their health and well-being; he even believed that IQ would predict their moral character.
The results of Terman’s studies would permanently establish the use of standardized testing across the world. And although many schools do not explicitly use Terman’s exam to screen children today, much of our education still revolves around the cultivation of that narrow band of skills represented in his original test.
If we are to explain why smart people act foolishly, we must first understand how we came to define intelligence in this way, the abilities this definitio" id="page_13">
problem solving, but which have been completely neglected in our education system. Only then can we begin to contemplate the origins of the intelligence trap—and the ways it might also be solved.

We shall see that many of these blind spots were apparent to contemporary researchers as Terman set about his tests, and they would become even more evident in the triumphs and failures of Beatrice, Shelley, Jess, Sara Ann, and the many other “Termites,” as their lives unfolded in sometimes dramatically unexpected ways. But thanks to the endurance of IQ, we are only just getting to grips with what this means and the implications for our decision making.
Indeed, the story of Terman’s own life reveals how a great intellect could backfire catastrophically, thanks to arrogance, prejudice—and love.

As with many great (if misguided) ideas, the germs of this understanding of intelligence emerged in the scientist’s childhood.
Terman grew up in rural Indiana in the early 1880s. Attending a “little red schoolhouse,” a single room with no books, the quiet, red-headed boy would sit and quietly observe his fellow pupils. Those who earned his scorn included a “backward” albino child who would only play with his sister, and a “feeble-minded” eighteen-year-old still struggling to grasp the alphabet. Another playmate, “an imaginative liar,” would go on to become an infamous serial killer, Terman later claimed—though he never said which one. Terman, however, knew he was different from the incurious children around him. He had been able to read before he entered that bookless schoolroom, and within the first term the teacher had allowed him to skip ahead and study third-grade lessons. His intellectual superiority was only confirmed when a traveling salesman visited the family farm. Finding a somewhat bookish household, he decided to pitch a volume on phrenology. To demonstrate the theories it contained, he sat with the Terman children around the fireside and began examining their scalps. The shape of the bone underneath, he explained, could reveal their virtues and vices. Something about the lumps and bumps beneath young Lewis’s thick ginger locks seemed to have particularly impressed him. This boy, he predicted, would achieve “great things.”
“I think the prediction probably added a little to my self-confidence and caused me to strive for a more ambitious goal than I might otherwise have set,” Terman later wrote.7
By the time he was accepted for a prestigious position at Stanford University in 1910, Terman would long have known that phrenology was a pseudoscience; there was nothing in the lumps of his skull that could reflect his abilities. But he still had the strong suspicion that intelligence was some kind of innate characteristic that would mark out your path in life, and he had now found a new yardstick to measure the difference between the “feeble-minded” and the “gifted.”
The object of Terman’s fascination was a test developed by Alfred Binet, a celebrated psychologist in fin de siècle Paris. In line with the French Republic’s principle of égalité among all citizens, the government had recently introduced compulsory education for all children between the ages of six and thirteen. Some children simply failed to respond to the opportunity, however, and the Ministry of Public Instruction faced a dilemma. Should these “imbeciles” be educated separately within the school? Or should they be moved to asylums? Together with Théodore Simon, Binet invented a test that would help teachers to measure a child’s progress and adjust their education accordingly.8


To a modern reader, some of the questions may seem rather absurd. As one test of vocabulary, Binet asked children to examine drawings of women’s faces and judge which was “prettier” (see image below). But many of the tasks certainly did reflect crucial skills that would be essential for their success in later life. Binet would recite a string of numbers or words, for example, and the child had to recall them in the correct order to test their short-term memory. Another question would ask them to form a sentence with three given words—a test of their verbal prowess. 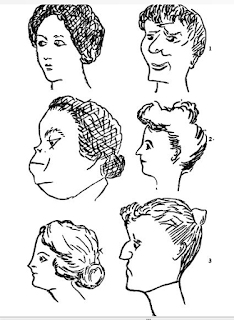